Asians Out West ZIP COMICS "Nevada Jones: Quick-Trigger Man and the Jungle in the Desert"

In early 20th Century pop culture, the "Yellow Peril" could pop up anywhere... 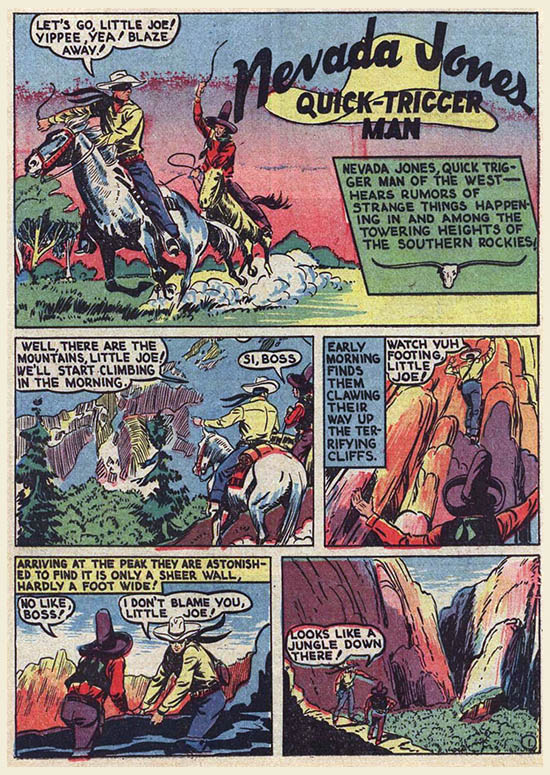 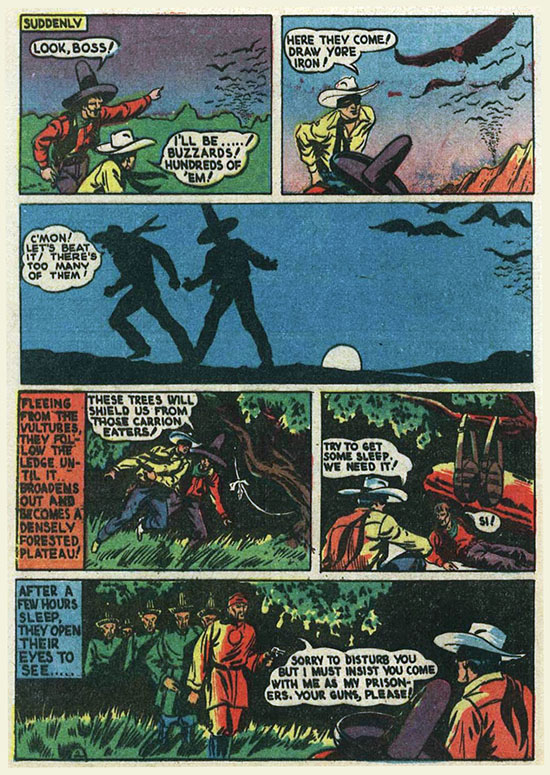 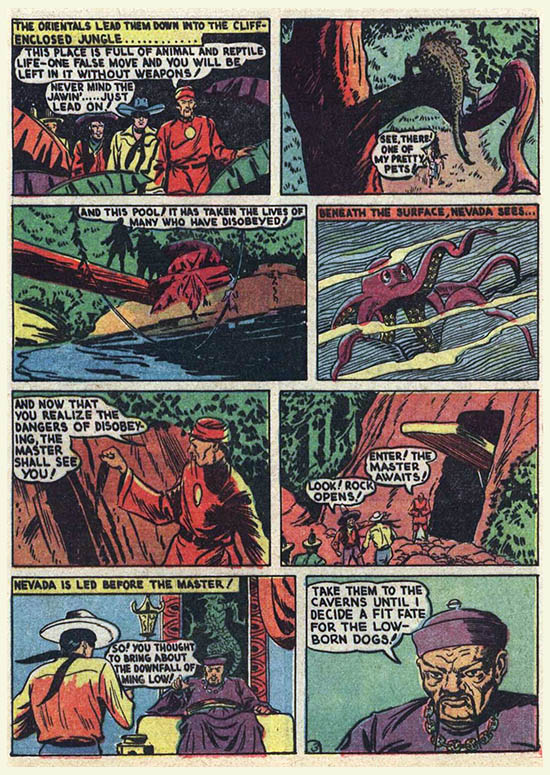 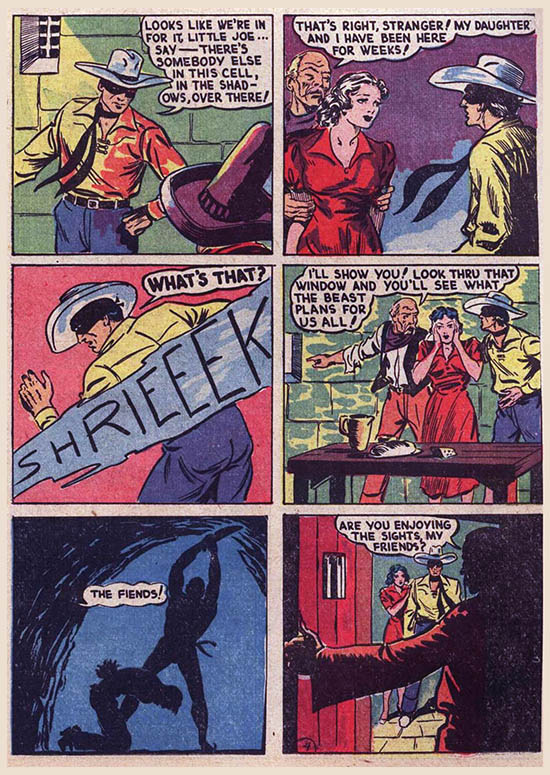 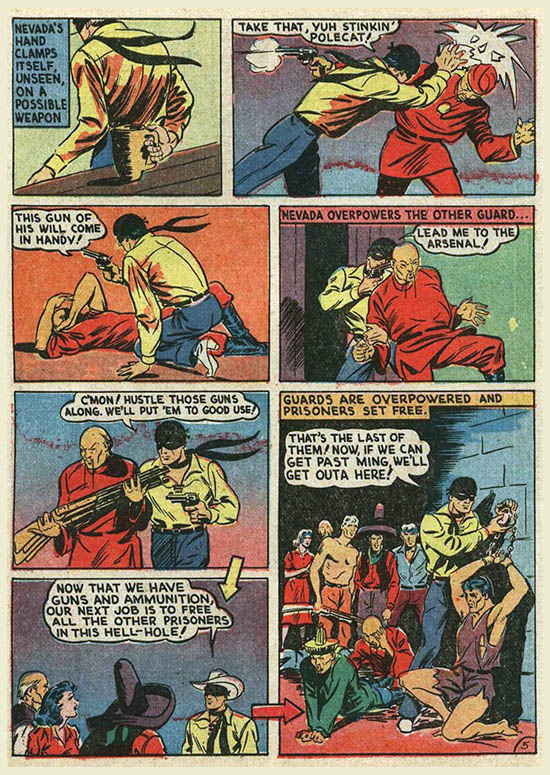 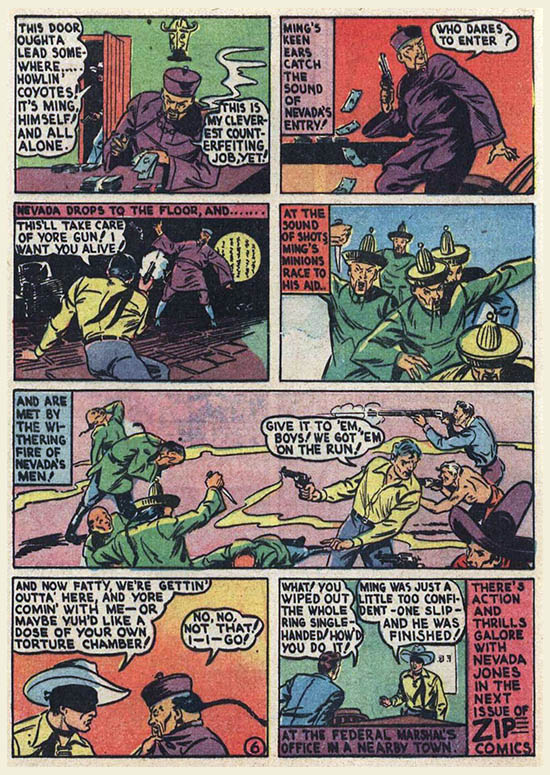 Why would a gunfighter using his real name need a mask?
Leaving that aside, the Nevada Jones strip was not your usual Western.
It was loaded with "high adventure" elements like ancient lost cities, mad scientists, and even criminals pretending to be supernatural demons/ghosts turning up in the tales.
So a Fu Manchu-type villain operating out of a hidden jungle in the desert was just another baddie to be captured or killed to the "Quick-Trigger Man"!
Artist Frank Volp started out illustrating pulp magazine stories, and added comic books to his already-crowded portfolio, working for both MLJ and Lev Gleason, doing everything from Westerns to crime to romance!
The writer of the feature is unknown.
Please Support Western Comics Adventures
Visit Amazon and Buy... 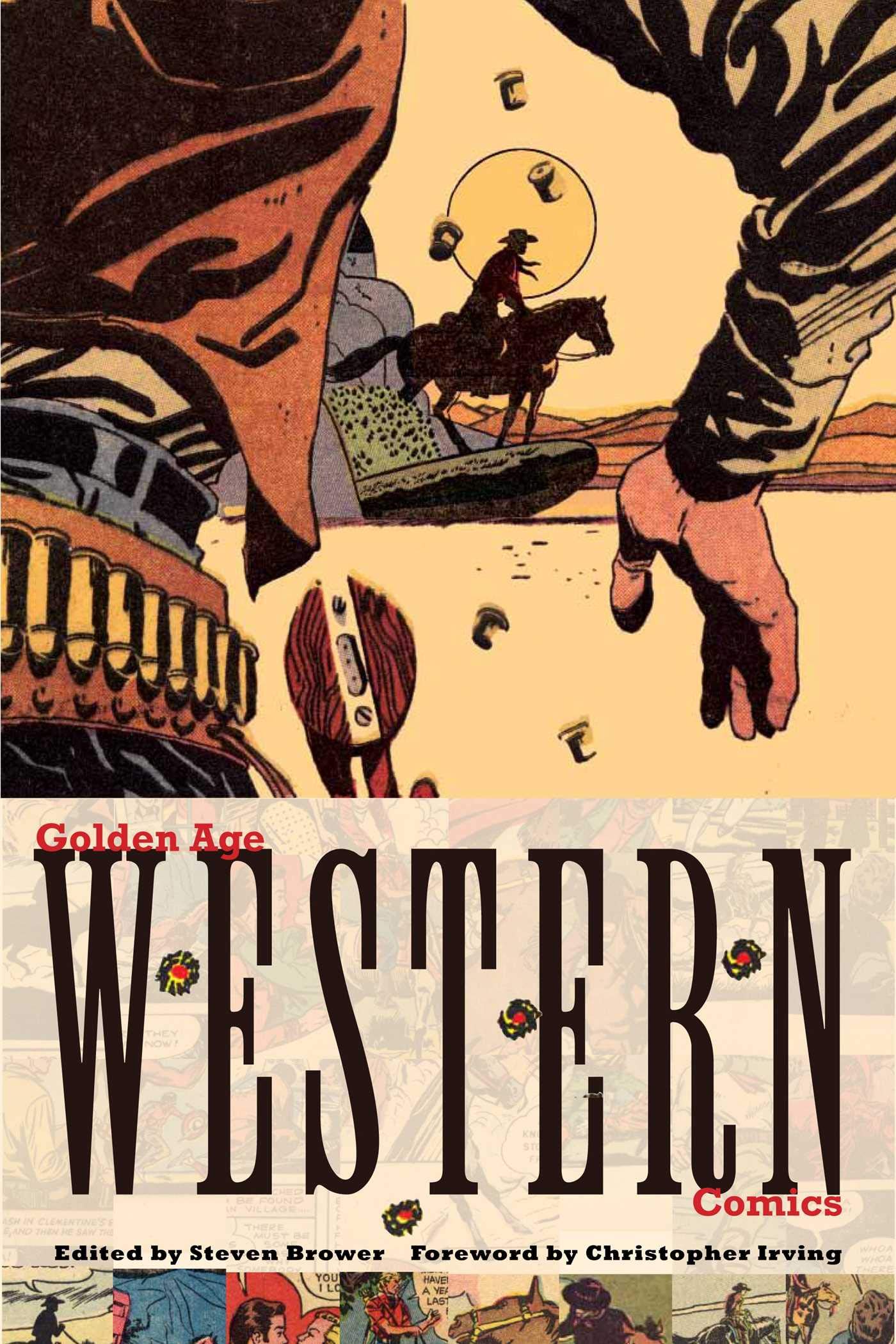 Golden Age Western Comics
Posted by Britt Reid at 7:00 AM